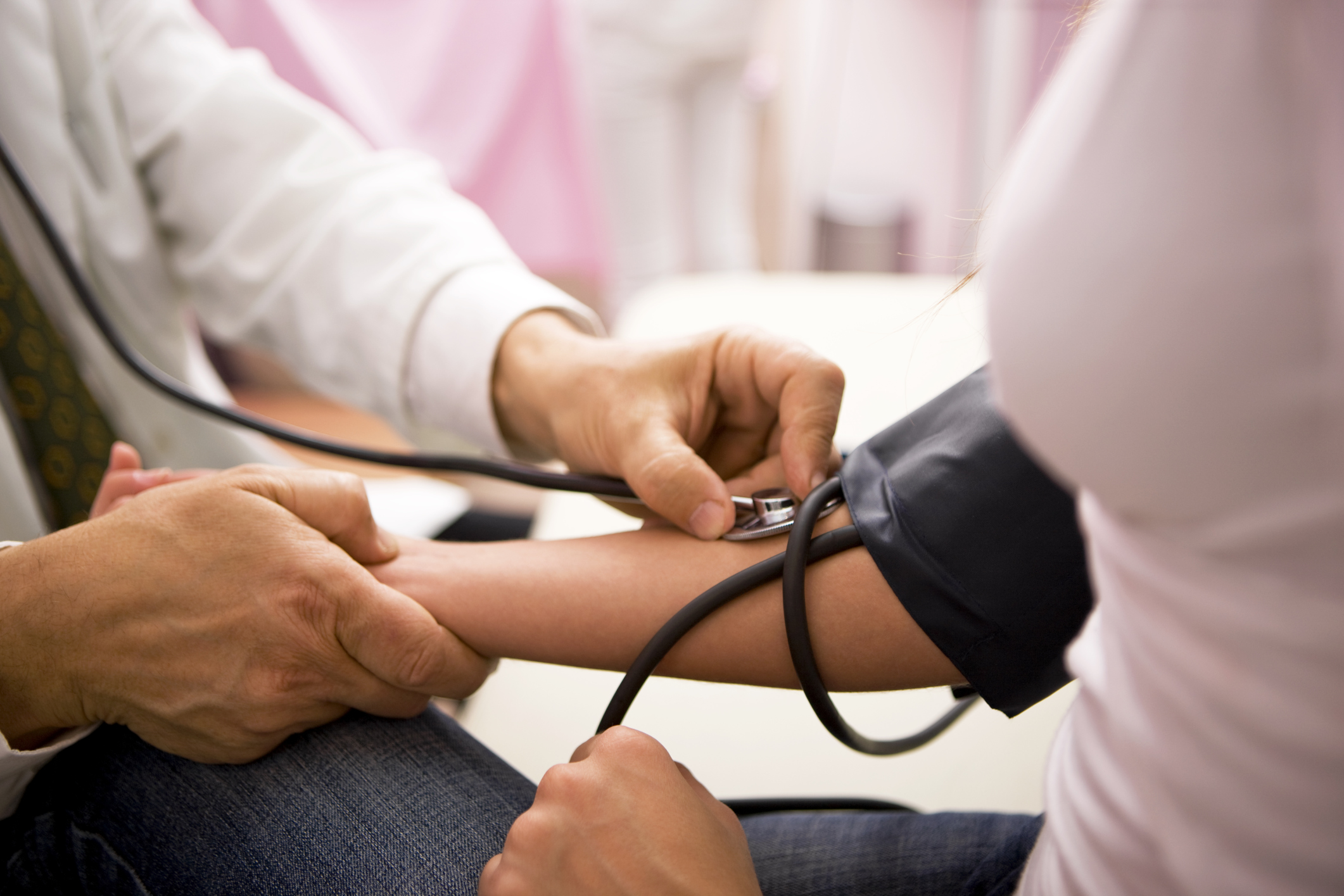 High blood pressure is when the blood pressure in your arteries is elevated and your heart has to work overtime to pump blood through the blood vessels. It can be very dangerous so it is crucial to ensure your levels  are where they need to be.

While there are many common pharmaceutical treatments for high blood pressure including beta blockers and A.C.E. inhibitors there are some very effective alternatives including pomegranate juice, passion flower and physical exercise.

There is evidence that pomegranate juice offers protection against cardiovascular disease. While pomegranates (punica granatum) have been around for thousands of years, not much research had been done until recently. Most of the research was first conducted in Israel and has been ongoing. One of the first studies to gain attention showed that pomegranate juice had potent antiatherogenic (biologically active substance that prevents atherogenesis, the accumulation of lipid containing plaques on the innermost layers of the arteries) effects in healthy humans and in atherosclerotic mice that may be attributable to its anti oxidative properties. A few months later, the results of a study conducted at the University of California showed an antioxidant activity three times higher than those of red wine and green tea.

Then, another study in Israel showed that pomegranate juice reduced the development of atherosclerosis in mice that already had advanced atherosclerosis. The next month , results of another study showed a 36% decrease in serum ACE activity and a 5% reduction in systolic blood pressure in patients who drank pomegranate juice. The study concluded that pomegranate juice can offer a wide protection against cardiovascular diseases which could be related to its inhibitory effect on oxidative stress and on serum ACE activity.

In the past 5 years, 150+ more studies and publications involving the pomegranate have been indexed at U.S. National Library of Medicine’s PubMed database, with findings that suggest many healthy benefits of this fruit. Probably the most significant is in the reduction of cardiovascular disease.

In the most recent article about pomegranates, posted at PubMed on January 17, 2007, the authors stated, “The last 7 years have seen over seven times as many publications indexed by Medline dealing with pomegranate and Punica granatum than in all the years preceding them.” They noted that the seed, juice, peel, leaf, flower, bark and roots each have pharmacologic activity. They concluded that “the phytochemistry and pharmacological actions of all Punica granatum components suggest a wide range of clinical applications for the treatment and prevention of cancer, as well as other diseases where chronic inflammation is believed to play an essential etiologic role.”

Passion Flower has also shows promise of lowering high blood produce by regulating nervous system neurotransmitters that reduce anxiety. (Passiflora incarnata) is accepted for medicinal use in Germany, France, and other European countries for the treatment of nervous anxiety, and was at one time approved as a sedative and sleep aid over-the-counter drug in the U.S. After a review of night-time sleep aids by the FDA in 1978, it was no longer recognized as effective by the FDA since no American company submitted data on safety and efficacy as required by the FDA, so it was dropped as an over-the-counter drug.

Although passion flower is a native American plant, it has been more widely researched and used in Europe than in the United States. In Germany, France, and other European countries, it is accepted for the treatment of nervous anxiety. Standardized passion flower products contain flavonoids as the primary chemical marker. While flavonoids are generally considered among the most active components of the plant, scientists have not been able to pinpoint the single chemical compound or group of compounds responsible for its sedative action.

Passion flower increases levels of a neurotransmitter known as gamma-amino butyric acid (GABA), which decreases the activity of nerve cells in the brain, causing relaxation and relieving anxiety. It contains chemicals known as harmala alkaloids, which are thought to block an enzyme involved in depression.

Everyone experiences anxiety. It is the body’s normal reaction to uncertainty, trouble, feeling unprepared, or a perceived, anticipated or imagined danger or threatening situation. Normal anxiety can be a good thing. It helps motivate a person who works well under pressure, resulting in an increase in productivity. But when anxiety and worry are exaggerated without cause, it is a sign of anxiety disorder such as GAD.

People with GAD, like those participating in the trial above, experience pathological anxiety, which is excessive, chronic, and typically interferes with their ability to function in normal daily activities, and is not triggered by any specific object or situation. Passion Flower appears to be helpful in relieving stress not only in individuals with normal anxiety, but in those with GAD as well.

Although there are many available blood pressure medications and natural therapy (such as Melaleuca’s Prostolic) are both helpful in reducing and maintaining healthy blood pressure, your body’s best defense against high blood pressure and the risk of cardiovascular disease begins with a change in lifestyle. The time to change is now, no matter what your age is.

Begin by eating a healthy diet of fresh fruits and vegetables, low-fat dairy products, whole grains, and other heart healthy foods. Lower your salt intake, and avoid processed foods that destroy potassium and generally have high levels of salt added that further robs your body of this vital nutrient. Get plenty of exercise, limit alcohol intake and don’t smoke.

Your blood pressure rises as your weight increases, but losing just 10% of your body weight over a period of six months can lower your blood pressure and reduce your risk of developing diabetes, which are two major risk factors for heart disease. Those who are overweight and already have hypertension will see the greatest effect of a 10-lb. weight loss.

A February, 2006 Scientific Statement from the American Heart Association:

“In view of the continuing epidemic of BP-related diseases and the increasing prevalence of hypertension, efforts to reduce BP in both non hypertensive and hypertensive individuals are warranted. In non hypertensive individuals, dietary changes can lower BP and prevent hypertension. In uncomplicated stage I hypertension (systolic BP of 140 to 159 mm Hg or diastolic BP of 90 to 99 mm Hg), dietary changes serve as initial treatment before drug therapy. In those hypertensive patients already on drug therapy, lifestyle modifications, particularly a reduced salt intake, can further lower BP. The current challenge to health care providers, researchers, government officials, and the general public is developing and implementing effective clinical and public health strategies that lead to sustained dietary changes among individuals and more broadly among whole populations.”